
No items found.
Browse services
Product is not available in this quantity.
Contact us

As we enter the 2023 year, Ruby on Rails is still a strong framework for developers and company founders. 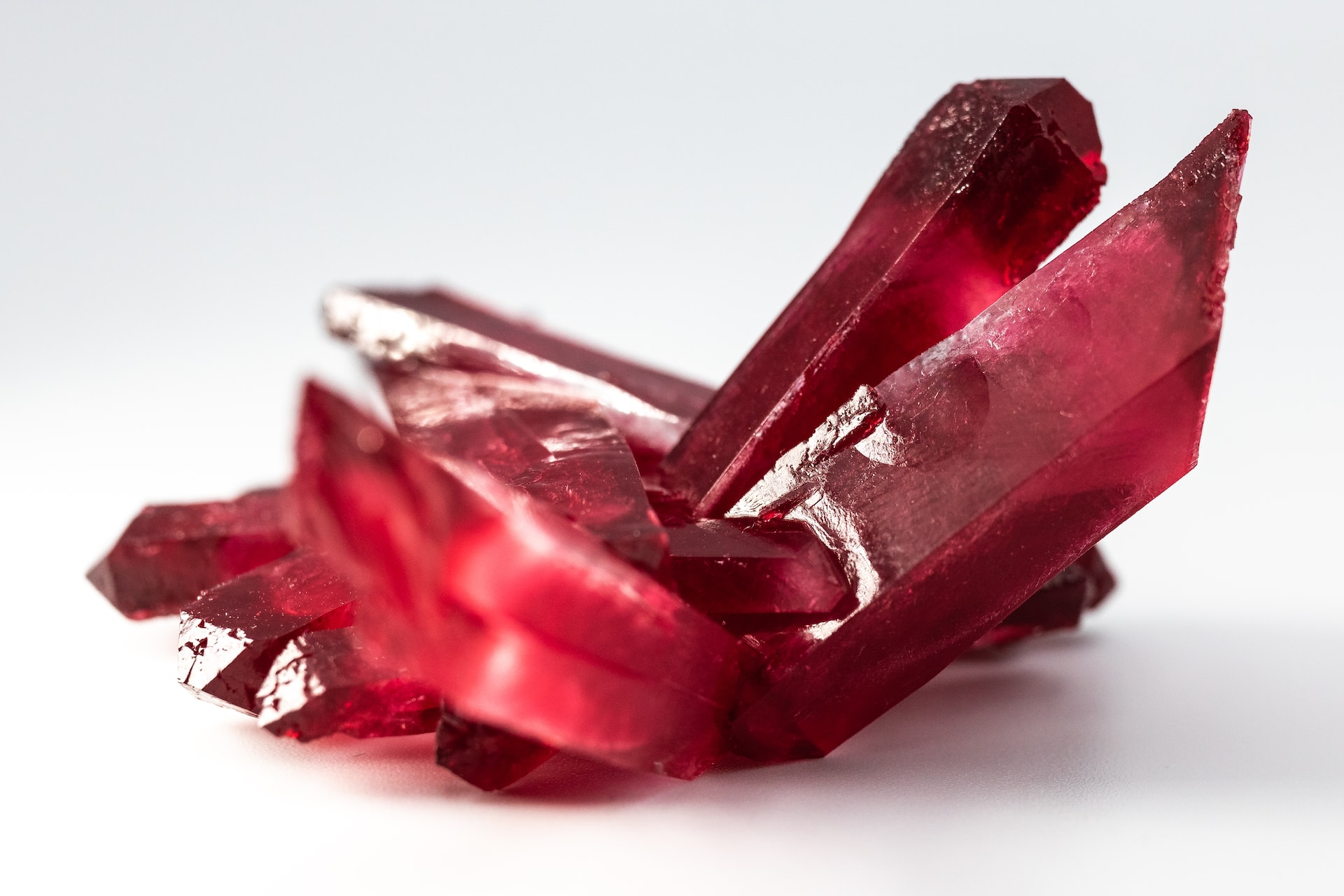 As we enter the 2023 year, Ruby on Rails is still a strong framework and a lot of companies are using it to build their websites and web applications. This is due to its scalability, flexibility, and features that make it an ideal choice for developers and founders.

Despite the introduction of newer frameworks, Ruby on Rails is still a strong choice for many companies. It is easy to learn and use, and offers a wide range of features and tools that make it ideal for developing web applications.

Ruby on Rails is used by many large companies such as Airbnb, GitHub, Shopify, and Zendesk. It is also used by startups and small businesses that want to quickly develop applications with minimal cost. With its scalability and flexibility, Ruby on Rails allows developers to create robust applications in less time compared to other frameworks.

Ruby on Rails also provides developers with an easy-to-use framework that enables them to quickly develop complex web applications. It has a wide range of libraries and modules which makes it easy for developers to customise their applications according to their needs. Furthermore, the large community of Ruby on Rails developers provides support for any issues that may arise during development.

We can’t write any better example than Airbnb, a global disruptor and share-economy champion in hospitality. With over 200 million users(estimated) and millions of listings all around the world, Airbnb stands at the top of its sector just behind Booking.com.

Airbnb used the versatility and developer convenience of Rails to quickly grow from a small startup into an online hospitality giant.

Some of the more important metrics:

Extra: Airbnb also has its own Ruby Style Guide on Github https://github.com/airbnb/ruby

Zendesk is a service-first CRM company that builds software designed to improve customer relationships. As employees, we encourage each other to grow and innovate. As a company, we roll up our sleeves to plant roots in the communities we call home.

Over 100,000 businesses, including Uber, Tesco, and Airbnb, use Zendesk's cloud-based customer support services. Through its flexible APIs, Rails drives the backend of those services and makes it simple to combine them with client applications.

GitHub is a code hosting platform for version control and collaboration. It lets you and others work together on projects from anywhere. This tutorial teaches you GitHub essentials like repositories, branches, commits, and pull requests.

With support for more than 100 million repositories made by 40 million developers, GitHub has established itself as a crucial platform for collaborative software development. Throughout the company's growth, Rails remained the cornerstone, but GitHub's intricate infrastructure eventually demanded a more diverse software stack.

According to Microsoft, GitHub now has an annual recurring revenue of $1 billion, up from a reported $200 to $300 million at the time of the acquisition.

Basecamp is a great collaboration platform that thousands of teams use all over the world. Teams utilise Basecamp to manage tasks, collaborate on documents, schedule projects, communicate, and more.

A Danish programmer named David Heinemeier Hansson, who also developed the Ruby on Rails web development framework, established Basecamp. Or, to be more precise, it was the other way around. Out of Basecamp, Ruby was created!

The human resources sector places high importance on software upgrades because of the requirement to offer a sizable and dynamic body of information in a user-friendly manner. Rails has emerged as the preferred framework for numerous cutting-edge online job marketplaces thanks to its adaptability, effectiveness, and capacity for large datasets.

In short: Fiverr is a platform for freelancers (marketplace) where you can buy and sell services.

5.5 million buyers and 830,000 sellers((freelancers) utilise Fiverr, an online marketplace for freelancing services. Rails is a crucial component of the platform's software stack that enables it to manage a sizable database of more than 6 million freelancing jobs.

Yellowpages.com is one of the most visited sites in the US, as well as one of the most popular apps on the market. It is used by freelancers to connect with nearby companies. The business updated its Java-based website to Rails to fully benefit from RoR's streamlined effectiveness.

Because Rails has a wide variety of Gems covering everything from accountancy to security, e-commerce websites may stand to gain the most from it. All the resources required to build up a successful e-commerce or online retail website are made available by the RoR community. Online marketplaces and significant store initiatives in numerous niches are powered by Rails.

Shopify is used by more than 800,000 merchants to launch their online stores in 175 countries. When building its e-commerce platform with Rails, the company was able to scale its backend to stably service over a million active users. This makes Shopify one of the largest success stories for the framework.

Could be an interesting read: https://shopify.engineering/shopify-made-patterns-in-our-rails-apps

The streaming revolution that upended the entertainment business was made possible by RoR's highly efficient coding, stability, and rapid development cycles. Even online entertainment businesses that stopped using Rails solely after their initial growth spurts continue to discover many applications for the framework. By this point, additional established firms in the market have also expressed an interest in utilising RoR by recruiting developers.

A streaming platform similar to Netflix. Hulu, a rapidly expanding Netflix rival, already boasts 37 million customers for its streaming service. Because of Rails' effectiveness and accessibility for testing, the company decided to build all of its services on the framework. Rails was the engine behind kicking off and allowing Hulu to grow as a rapid web service.

Twitch started off as a general live streaming network with a focus on video games, but over time it became the leader in the quickly growing esports market. Every day, it offers more than 50,000 active channels and hosts an average of about 1.5 million people. Although Ruby on Rails continues to form the backbone of Twitch's website, the introduced Go and React,js.

Scalability, consistency, and security are given top priority by fintech companies. Thanks to its huge, community-driven library collection, high-quality code, and integrated security features, Rails covers all those bases. Ruby on Rails' popularity is particularly evident in the creation of crowdfunding platforms.

Unquestionably the best site for crowdfunding, Kickstarter has helped 170,000 projects be funded by 17 million supporters. Its creators used Rails as their framework to create a productive, dependable, and user-friendly website.

You can create a prosperous international brand on Ruby on Rails, as the excellent examples above demonstrate. Many big businesses still employ this active and well-liked technological stack. It continues to be among the greatest tech stacks since it enables programmers to create web apps rapidly and with little effort. Additionally, it has a strong development community that is continually trying to enhance the framework to make it simpler and more effective for developers to utilise. Ruby on Rails is still one of the greatest software stacks for organisations of all sizes thanks to its scalability and dependability.

If you’d like to know more about our work Ruby on Rails, please feel free to write to us. 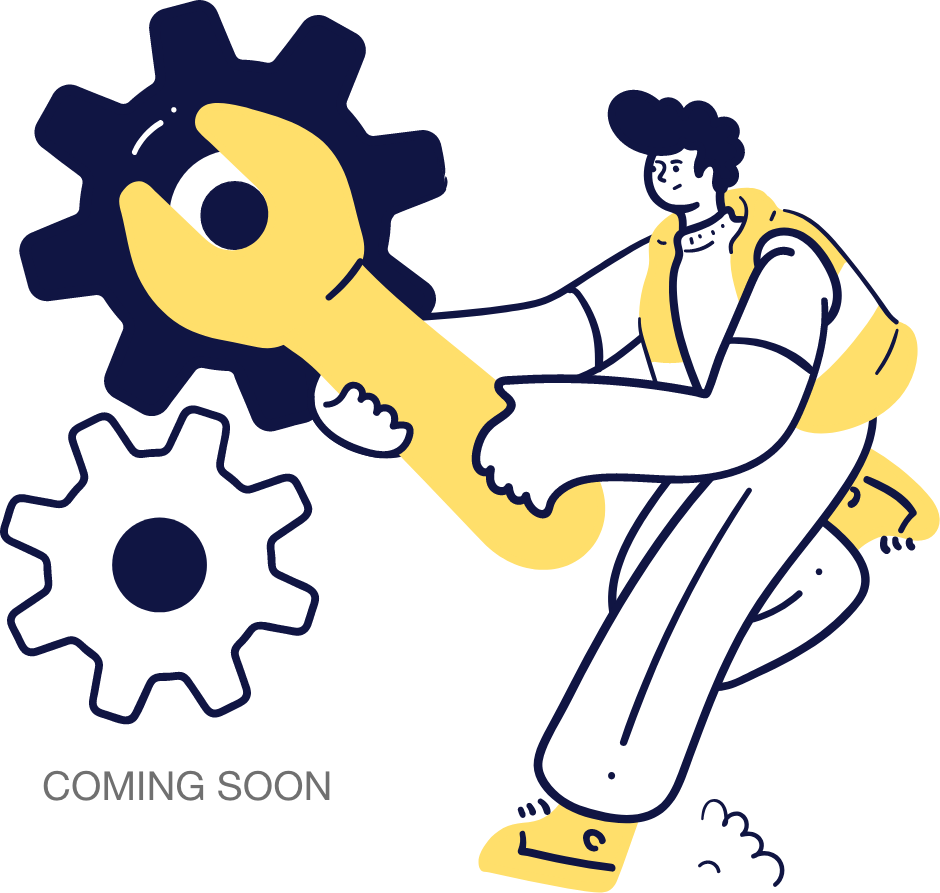 Founder with more than 5 years of experience in building web and mobile applications for companies across Europe.

DO WE HAVE A MATCH?

Are you in need for a software solution?

GET IN TOUCH
 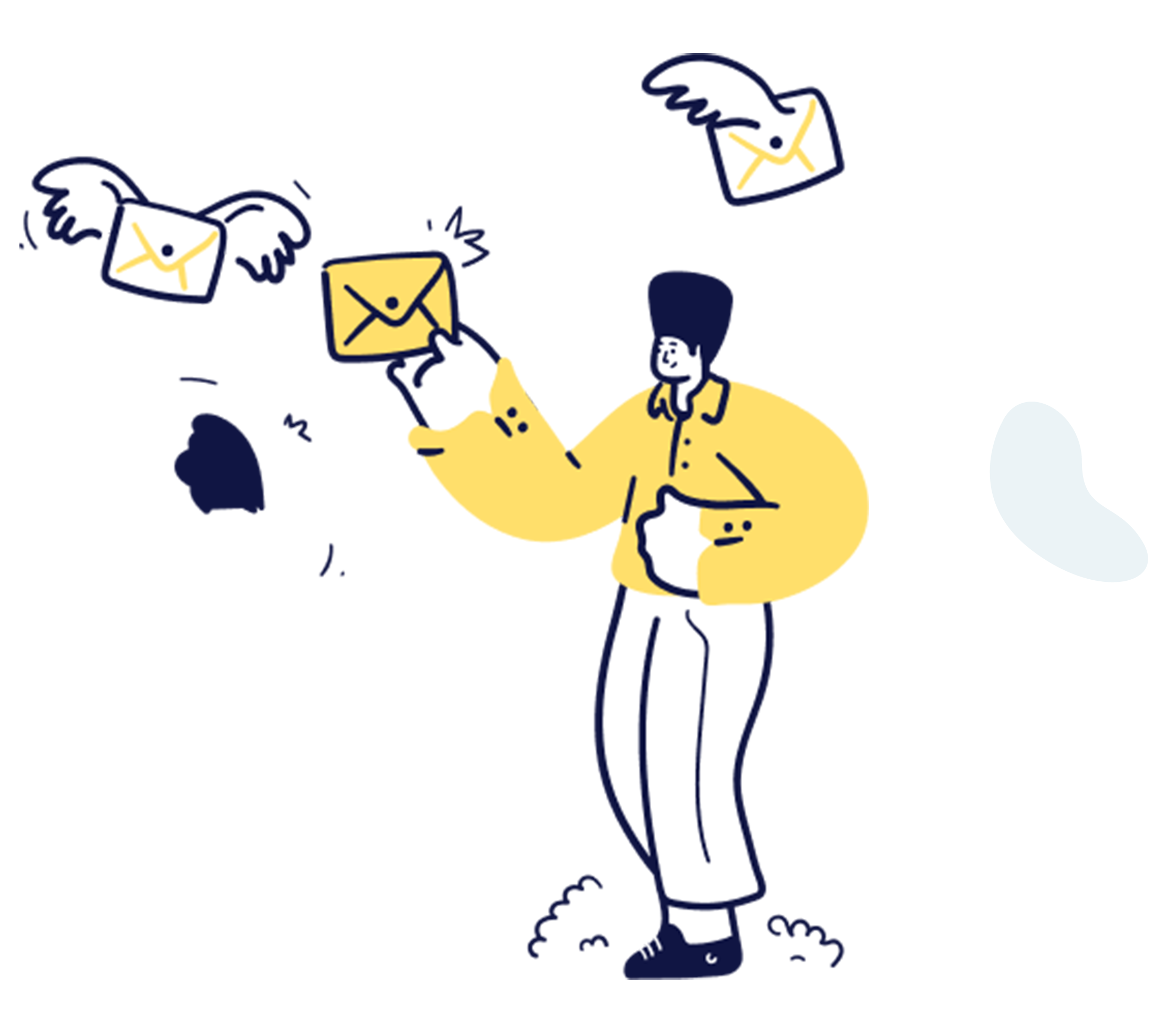 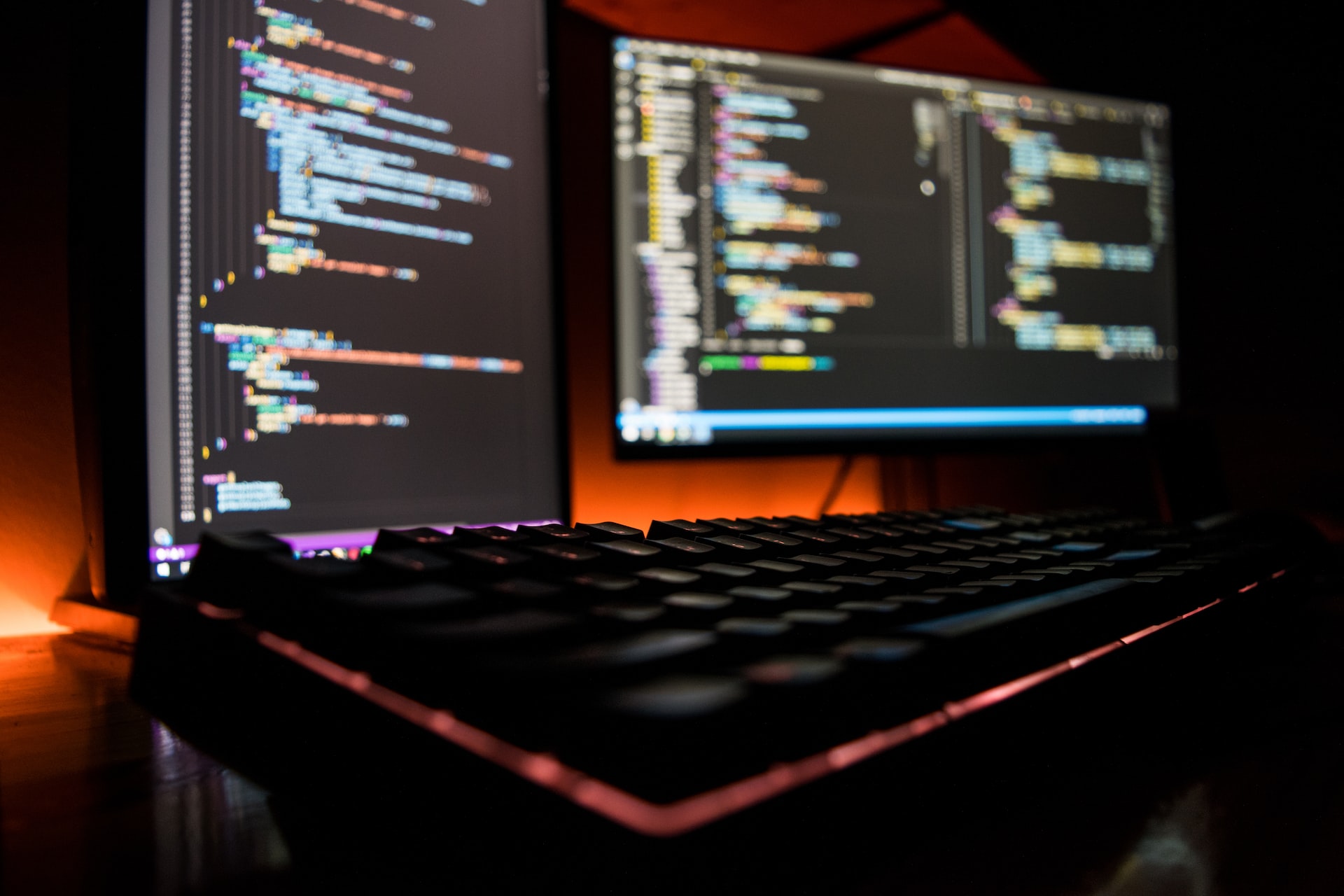 Short: Start your Journey with the Software Development 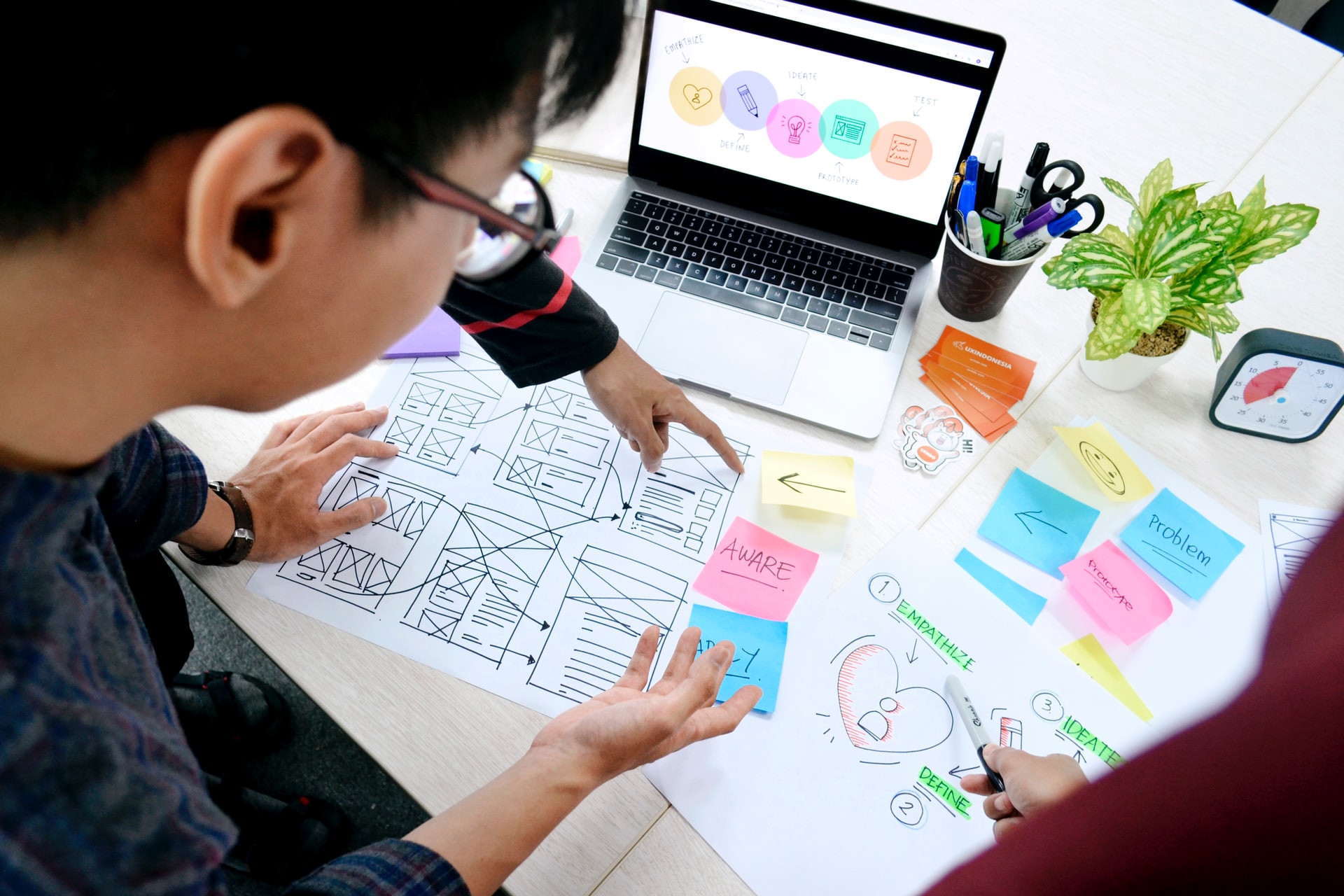